Inspiration of the Day – Star-Studded Fanzine #18 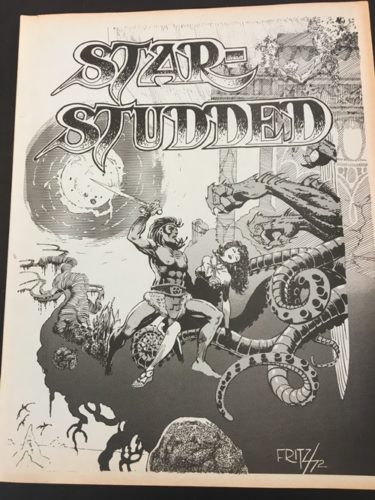 Published in 1972 by an outfit known as THE TEXAS TRIO (as stated in all caps in the indicia found on the inside cover) Star-Studded Fanzine was one of many fanzines published during the early 70s.

Their work is understandably rough but you can see their signature styles already. As an artist at the beginning of his career, seeing amateur work by professionals- let alone legends- is inspiring. Have you ever seen some of Frank Miller’s initial fanzine work? Comparing that work to his pro work is like comparing Fifty Shades of Grey to GoodFellas.

Comics Inspiration of the Day